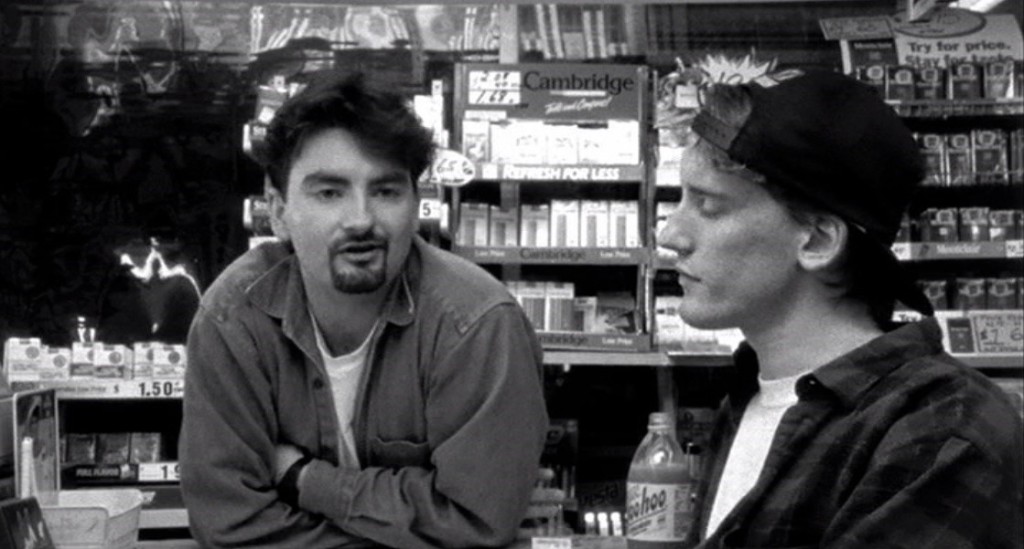 From James Truslow Adams’s original definition to the less conventional definition of Time magazine’s Fareed Zakaria (“The American dream for me, growing up in India in the 1970s, looked something like the opening credits of Dallas”), the true definition of the American Dream has changed into a series of looser ideals. Commonly, there’s the concept of freedom in every sense of the word. There’s the ability to relentlessly seek happiness however materially-based or ultimately vicariously that might be. There’s the idea that YOU can rise from humble beginnings to command a sprawling empire of your own. Hell, maybe Star Trek summed up the idea as succinctly as possible with the Vulcan greeting, “Live long and prosper.”

With talkies trailing similar literary works such as Of Mice and Men and The Great Gatsby, the American Dream’s representation in film has rarely offered the celebratory without a massive venereal dose of the cautionary. The foreclosure of George Bailey’s dreams in It’s a Wonderful Life offers a little bit of both: life without him, reveals the angel Clarence, would’ve seen Bedford Falls collapse into a cesspit of destitution and immorality, much like any contemporary indie film’s examination of poverty porn amidst the underclass. It ends joyously and sentimentally upbeat for the “richest man in town” as his dreams are fulfilled in the least expected manner. The fact that the worst tendencies of capitalism pushed a fine man to the brink of suicide to the extent that his only possible saviour is a humanoid spirit with wings is almost forgotten about.

Soon after, however, the ideal of freedom of expression in Hollywood was soon eroded as a systematic blacklist of film industry talent was drawn up to eliminate those allied to or sympathetic with the Communist Party of America. The knock-on effect was an era of conformity; Technicolor tales of the suburban joys of the nuclear family. As one of the prime exponents of this trend, the German director Douglas Sirk was held in low-regard for the majority of his career for his apparently glossy, superficial soaps. His subsequent reappraisal – helped in its momentum by Jean-Luc Godard – centred on the societal critique under the apparent banality. His 1956 film All That Heaven Allows has since been described as “a fabulous, ironic piece of performance art.”

The critique of society and indeed the entire nature of the American Dream evolved throughout the Sixties. The likes of Cool Hand Luke and Easy Rider respectively addressed changing perceptions of the desirability of conformity and a whole new counterculture’s altering attitudes to everything that made the dream what it was. Altamont and Gimme Shelter slowed the latter, but Vietnam left film in a position where glorification of the ideal just wasn’t credible. America was once the distant land where immigrants could achieve their most unimaginable dreams. Maybe things worked out at least relatively well for the Italian-Americans in The Godfather and Goodfellas. Yet if the fate of your ancestors would be that of the horrors endured by the Russian descendants in The Deer Hunter, how could that ever worth pursuing? If military service resulted in Taxi Driver’s Travis Bickle – broken, alone and utterly dysfunctional – how could fighting for your country ever be of value? Still, there was always Rocky.

“If military service resulted in Taxi Driver’s Travis Bickle – broken, alone and utterly dysfunctional – how could fighting for your country ever be of value? Still, there was always Rocky.”

By the Eighties, the dream was again resurfacing: in some cases it flourished in a world of excess (whatever the subtext, this was time in which Wall Street, The Secret of My Success and Working Girl were huge commercial successes). In others, it was punctuated by a less dramatic issue, such as the spectre of divorce hanging over the family in E.T. It was even softly parodied with Billy’s ever-failing inventor father in Gremlins, or with Back To The Future’s nostalgia for a more innocent past that was undermined when the teenage Lorraine McFly was revealed to be exactly like the girls that she was criticising in 1985.

It was also the time of the Brat Pack, a loosely defined gaggle of young actors with good looks, fame, wealth: the world at their feet in the finest American tradition. OK, so not all of their careers became stratospheric, but surely no-one at the time saw the destiny of the characters they played. The inhabitants of coming-of-age favourites such as The Breakfast Club also shared a similar youthful albeit more grounded idealism. The reality would’ve been that some of these characters’ futures would the stories found in the movies of Generation X, forever destined to waste their lives away in places like the VHS rental store found in Kevin Smith’s Clerks. Or at least until the rental store was eternally terminated by streaming.

Clerks. Slackers. Singles. It was a time in cinematic fiction in which the character’s dreams were lost, downgraded or simply didn’t exist despite the elegance of their language suggesting that they had the ability to succeed in a more conventional life-plan. Perhaps Randal summarised it best in Clerks: “We like to make ourselves seem so much more important than the people that come in here to buy a paper… We look down on them as if we’re so advanced. Well, if we’re so fucking advanced, what are we doing working here?”

The aimless nature of ennui drifted through to the close of the decade. Now it wasn’t just the first jobbers struggling to define their existence. Office veterans were beating each other brainless just for kicks in Fight Club. When American Beauty’s Lester Burnham realised that the highlight of his day was a morning wank, it started a life-affirming chain of events that resulted in his neighbour blowing his brains out. What might’ve started as a healthy mind-set ended with no mind at all.

In recent years, the dream has continued to be a rich cinematic source. The films can be, as The New York Times said of The Pursuit of Happyness, “a fairy tale in realist drag.” Or he pursuit of the dream can be the one thing that makes you feel alive at the cost of everything else that makes existence what it is, just as The Ram’s final speech in The Wrestler alludes to.

Mostly, however, the dream is portrayed as an illusion, a blurred fragmentation of your wildest dreams and your most terrifying nightmares. Even the most cynical mind can’t watch the trailer to The Wolf of Wall Street without briefly considering that with money, power, women and brotherhood, Jordan Belfont’s life must’ve been fucking awesome. Yet only the most hedonistic and emotional vacant soul could view the film as a blueprint for life. As Jordan finally concludes in the less-than-glamorous surroundings of a low security prison yard: “For a brief, fleeting moment, I’d forgotten I was rich and lived in America.”